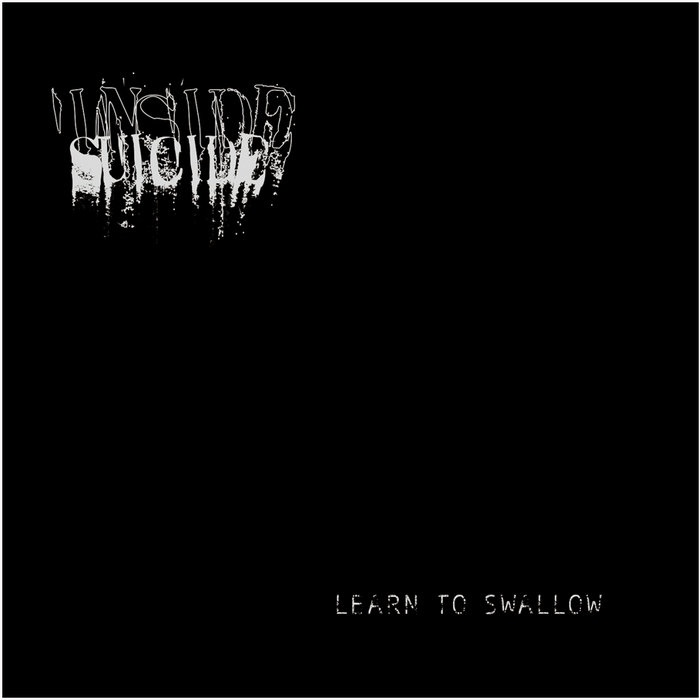 Coming out after SUICIDE INSIDE's debut album, "Theory Of The Arising Of Desire" (Pflichtkauf), the new one, "Learn To Swallow", is a perfect continuation of its mental aesthetic. And again, this is an unusual and aggressive mixture of pounding rhythmic noise, broken beats and painful, dark melodics. This time SUICIDE INSIDE brings more ambient synths, explosive rhythms and sharp vocals than ever before.
The words are razors. SUICIDE INSIDE has added new sensations and the perception of the real opposed to fictitious worlds into their sound. Massive fat beats, slightly faster than on "Theory Of The Arising Of Desire", powerful bass-lines and psychedelic melodic structures - this is "Learn To Swallow".
No tragedy - no history.
New "Learn To Swallow" edition includes two brandnew tracks and remixes from FLINT GLASS and EMPUSAE.

PFLICHT029 (C)&(P) Pflichtkauf 2007
SUICIDE INSIDE "Learn To Swallow" has been previously released by Invasion (INVLTD007) as collector's CD-R edition limited to 32 copies.