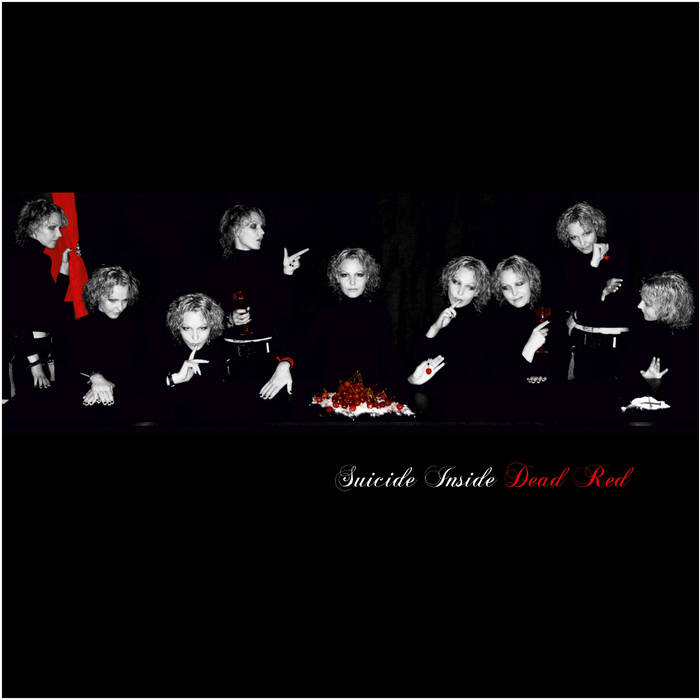 Mixing together harsh-as-slap in the face well-structured rhythmic noise with a big spectrum of influences and richness of variety of the sound, SUICIDE INSIDE stands for hard, rough and complex sounding industrial.
Following the "Theory Of The Arising Of Desire" and "Learn To Swallow", new album inherits its mental aesthetic, but on new level of consciousness. SUICIDE INSIDE developed their very own style to describe not the fiction, but a real World - with all its phobias, beauty, sicknesses, solitude, uniqueness and love.
"Dead Red" supplies the eleven tracks plus three bonus-remixes with massive technoid beats, deeply distorted industrial noise, painful synth layers and Natasha' voice out of your speakers, which you feels by your skin.
With "Dead Red" SUICIDE INSIDE invites you to a journey into the post-apocalyptic desert of iron and steel, where dead atoms has saved the souls, full of fury and love. From killing wall of sound in "Mechanics Of The Fall" to oppressive waltz in "Lick The Silence", from dancefloor blasts like "Dance In Emptiness", "Eternity Smells Like Skin", "Red Flower" or "Endless Suicide" to furious broken beats in "Aflame", from hypno-IDM in "Kidnapping Of Europe" to pounding rhythmic noise bolero "Leaving Your Body", from cold establishment of despair in psychedelic suite "Kill The Guilt" to noisy theater of death in "Dead Red" plus remixes by MOCTAN, CONFIG.SYS and BEINHAUS - this trip will doesn't kill you, but you will never could be the same person anymore. Are you experienced?
Now damn you, dance!